Harold PhillipoffFormer NHLer
Read More
"I have owned my mat for over a year now and enjoy every minute of it. The more I use it the better my back and legs feel. Now when I come home at the end of the day I no longer have to take anti-inflammatories to be able to sleep. Thanks again for providing the pain relief I so badly needed!"
Judy G
Read More
"I got a small mat with PEMF and sleep on it every night. My sciatica pain and lower back pain have decreased a lot. I am so glad this product was recommended to me."
Rebecca K
Read More
"I highly recommend this mat. I have a small one that I can use lying down or sitting up. This has been the best investment I've ever made in my health."
Previous
Next
See More Testimonials 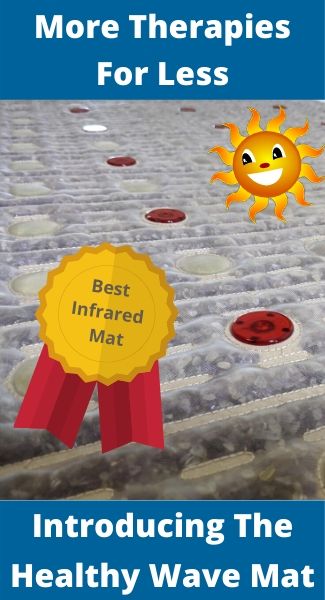 The Benefits of Negative Ion Therapy: 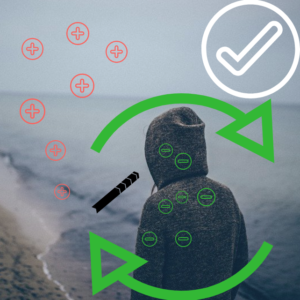 Negative Ions in the case of crystal healing mats are the bi-products of Crystal Therapy and Far Infrared Therapy working together. When heat from the mat heats up the crystals they produce an abundance of negative ions. Our whole natural world is filled with negative ions  but in environments where technology is present there are more positive ions around. Despite the word “positive” it is actually not a great thing to have too many positive ions present.

An increase of negative ions can decrease the effects of these diseases and many more by “balancing” the cell which breaks up the free radicals and allows your cells to function the way nature intended them to. Some Benefits of Negative Ion Therapy includes:

What are Negative Ions?

Negative Ions are oxygen atoms that have an additional electron. This additional electron gives the atoms a negative charge. These negative ions are most populous in natural settings where energy is being created by moving water. These natural settings include waterfalls, the beach, when it’s raining and thunderstorms. Negative Ions are created by the effects of the earth’s basic elements, air, sunlight and water.

What do Negative Ions do?

When negative ions are found in high enough concentrations they can clear the air of any dander, cigarette smoke, bacteria, spores and other airborne particles that are harmful to our health.

Think about all the times you have been doing an outside activity. Chances are you felt energised at peace and overall had a feeling of wellbeing while doing these activities. This is because you are feeling an influx of negative ions produced from earth’s basic elements of air, sunlight and water surrounding you. Now think about being in an office, often times you feel sluggish, unmotivated and sleepy. This is because you are not getting enough negative ions because you are sealed off from many of them. Too much of this can and will produce free radicals (positive ion clumps) which can worsen over time.

Im my experience I could not believe how rejuvinsed I felt kayaking in Deep Cove, British Columbia, I was filled with energy and felt like I could do absolutely anything. Comparing this feeling to being stuck in the office surrounded by technology there is quite a difference to be had.

How Do You Make Negative Ions in your own Home?

There are a few ways of doing this but the most distinctive theme is that it involves anything nature based. Some simple methods include keeping more plants in your home, having a small indoor fountain or even using himalayan salt lamp rocks. While these all are all able to produce negative ions they will not produce a whole lot and most importantly they are not targeted. Meaning negative ions will drift around but there are no guarantees that you will receive all if not any of their benefits, this is why being close to waterfalls, the beach or anywhere in nature energises you, because you are surrounded by it. 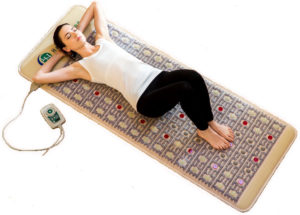 How can you get Targeted Negative Ions to get into your body?

One of the best ways is through crystal healing mats. When heated, the Best Crystal Healing Mats  have the potential to produce over 1,500 negative ions per square inch per minute when using a combination of amethyst, tourmaline and jade crystals. In short, if you have more crystals then you will receive more negative ions. Often times all you need is 20 minutes to get all the negative ions that your body needs to function properly and combat effects done by free radicals.

Come Be Our Friend :)

When you buy certain products from the sites we link to Far Infrared PEMF Mat Reviews might receive a commission. We use this to keep our information relevant and to keep providing up to date content for the community.

All information on our website including but not limited to text, images, videos, reviews is for solely informational purposes. It is not intended to be a substitute for the advice from a health care professional.

Recieve a Coupon for the Best PEMF and Far Infrared Mat When You sign up!

(Check Under Promo or Spam filters to confirm email)